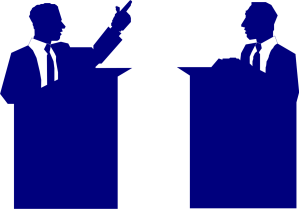 To my son and his generation, his cousins, and his friends, please note that what was on display during the Presidential debate last night is not the behavior we want to see in you, in ourselves, or in these candidates.  And yet, we did. It was ugly and an embarrassment.

Rudeness, bullying, interruptions, and yelling were on display and my blood pressure and stress rose through the roof.  There was very little if any substance to what was said. Instead, we heard lots of blame, lies, and despicable behavior.  It is not an okay way to behave. These adults know better and I think that you do as well.

If you are ever on a debate team, you will have to learn the rules to be quiet for the time that you are not speaking. For example, if one team has a 90 second chance to state their case, you on the other team are supposed to listen and think about how you will respond when it is your turn. And that continues with each team. Clearly, this didn’t happen with this debate. (Pictures are from Power Point clip art)

It has been interesting to see the people who like President Trump think he did a great job and was unfairly interrupted or scolded. Those who like former Vice President Biden think that he was impressive while talking directly to the camera and to the American people and mostly kept his cool. Even in a debate we see things through our own beliefs and who and what we follow.

I think that Trump was interrupted more since he did more talking over Biden as well as the moderator Chris Wallace of FOX News. He was rude and did not stick with the rules that his party and campaign had agreed to for a civil debate.  Biden sometimes lost his cool and said a few things that were out of line or inappropriate.

During and after the debate, I saw postings that Kindergarten teachers should be making more money since they regularly work with those who misbehave. My mother was a kindergarten teacher and let me tell you, she never would have put up with this behavior in her classroom.

She taught the students how to behave, how to speak to one another, and that they are to be respectful and keep their hands to themselves. For misbehavior, her students lost privileges and had to draw a picture of what they had done and what they were supposed to have done. For repeated misbehavior, the students lost access to the treasure chest, which was normally a treat for them.

To my son and his generation, I am curious what you thought.  I know that we didn’t listen to the entire debate, if you can call it that. We had to stop since it was just out of control. The threats, hatefulness, and yelling from people who may be elected to serve the entire country are not okay. They are not the norm. Or at least shouldn’t be.

To my generation and those both older and younger than me, let’s please not let this kind of behavior become the way of our society.  Let’s hold our leaders and elected officials to a higher standard. Let’s learn the proper way to debate from Justice Ruth Bader Ginsburg and Justice Antonin Scalia. They knew that you can have a vigorous debate but still be friends. They knew that it didn’t have to get ugly.

Let’s truly listen before we respond. Let’s spread kindness not hatefulness. Let’s not hate. Let’s not teach people to hate. Let’s not buy into fear and doubt. Let’s not lie but tell the truth and know its value.  Let’s not judge others on their differences. Let’s remember how important integrity and respect are to see in us, each other, and our elected officials. And, let’s always, always love. 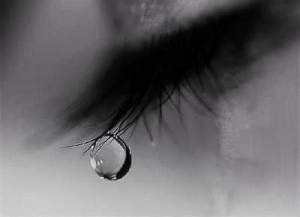 Last weekend, I was saddened to learn of the death of Chadwick Boseman after a four-year battle from colon cancer. It has hit me harder than I expected and I am not sure why. He was only 43 years old, so it could be his age.

It also could be that he is another black man losing his life unexpectedly. And that has been happening way too much.  Also, it could be because he was a man of great character, empathy, kindness, and compassion.

Sadly, these are characteristics that are lacking these days. I for one wish there were more people who lived their lives as he did. It could also be that deaths are just painful, no matter how close the person was to us. Death hurts, whether it be slow with suffering or sudden and unexpected.

While battling his own cancer, Mr. Boseman went to visit sick kids at St. Jude’s Hospital. It is amazing to think that while he was filming movies, he was going through surgeries and chemotherapy. And, he was helping kids who were in a similar boat as him. Some had cancer, others had serious illnesses, and still others had diseases that were being treated. 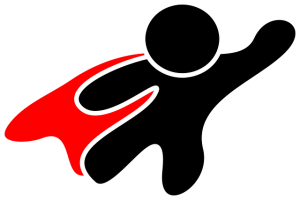 This week, I told my son that this is the sort of man who you want to be like and learn from.  A man with integrity and dignity. A man who didn’t just play a hero but was a hero to many sick children.  A man who truly knew the meaning of empathy and helping others. A man who can still teach us how to treat one another.

We want to thank Marvel, Disney and ABC for airing “Black Panther” commercial-free on Sunday night. This movie is so good, well-written, and deserved the awards that it received. It is beautiful, shows true community, the importance of a tribe, and how leaders must have morals and values that help them govern or rule in this case.

We watched it over two nights since Sunday was a school night. I enjoyed seeing all of the lovely clothes, scenery, skin tones, and regal-ness that the film had. It seemed to be based on actual tribes and histories of them and their people.  It was just lovely and I enjoyed every minute. So did my son.

After the movie, we watched the Marvel special and then the ABC special celebrating the life of Chadwick Boseman. It was touching to see how much he and that film impacted so many people, including children. He was a hero to so many people — his colleagues, his friends, and children who looked up to him.

My son and I discussed the fact that this was the first movie that black girls and boys got to see people who looked like them in the lead roles. It wasn’t about that but instead about this man’s quest to become king of his homeland. It truly broke barriers and that is a great thing. “Wakanda Forever.”

There is a line at the end of the movie that really touched me and made me teary-eyed as we watched it several times.  It was said by the Black Panther aka King T’Challa and is something that is true in real life as well. “But in times of crisis the wise build bridges, while the foolish build barriers. We must find a way to look after one another as if we were one single tribe.” 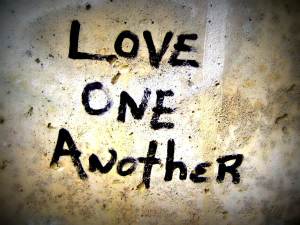 We so need to do this in real life. I am tired of so much division today in our country and around the world. I am tired of those in leadership positions who don’t help with that, and often make things worse.

Enough!  It is time for us to come together rather that tearing each other down. We truly need to do this for ourselves, each other, and for our children.

True heroes don’t announce how great they are. True heroes quietly go about their heroic work and assist others as needed. True heroes go in and rescue others who need their help. I think that Mr. Boseman was one of these heroes. I only wish that he had lived longer to teach us more.

Not only did he help to change movies, his death ended up being the most tweeted item ever. Isn’t that amazing? I want to see a few of his other movies in which he portrayed Jackie Robinson, James Brown, and Thurgood Marshall.  I want my son to watch them with me and we can discuss them, depending on the rating of course.

In closing, I hope that we can do as Chadwick Boseman demonstrated and as his character reminded us. Let’s build bridges instead of barriers. Let’s look after one another. Let’s practice kindness and empathy. Let’s give of ourselves to those in need. Let’s think of others and not just our own needs and wants.  And, let’s always, always love.