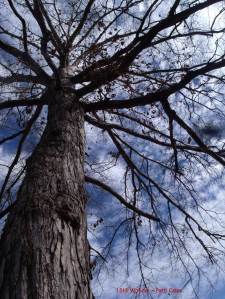 Isn’t that a great quote?  I came across it and knew that I had to write about it.  Since it is often easier to criticize or find fault then find solutions or remedies, I knew it was worth considering and discussing.

I don’t know about you but I am sick and tired of hearing our county’s leadership gripe about the other side, complain that the enemy is making it so nothing is happening, and digging their heals in that their way is the only way.

Whatever happened to compromise, meeting in the middle, or actually listening to someone else’s argument?  Those seem to be gone and we are much more apt to blame others.  As Mr. Ford said, let’s instead try to find a remedy.

Do you think that is possible?  I only hope and pray that it is.  When I was in Civics in 9th grade, I was assigned to argue in favor of a subject that I didn’t agree with.  It was one of the hardest things I have every done, but I learned so much as a result. I learned what was important to someone I disagreed with. I learned why that other argument had validity. And, I learned to respect others who disagree with me.

My dream is that we can have national education that advocates this.  I think that our children need to learn to argue in favor of what they believe and against it.  This, if nothing else, would help bridge the gap between us.  These kids would understand why someone feels the way they do that is different from their own feelings. And they would know that it is okay to disagree with someone and also to respect them.

What a concept right?  Perhaps that is one remedy to our division, criticism, blame, and hate.  Do you have an idea of a remedy?  Please share if you do.

One of the definitions of remedy from Merriam Webster Dictionary is ” something that corrects or counteracts.”  My hope is that we can work to do that rather than just place blame, find fault, accuse, or belittle.

A few quotes about compromise and remedies: